“I can’t imagine what you’re going through” 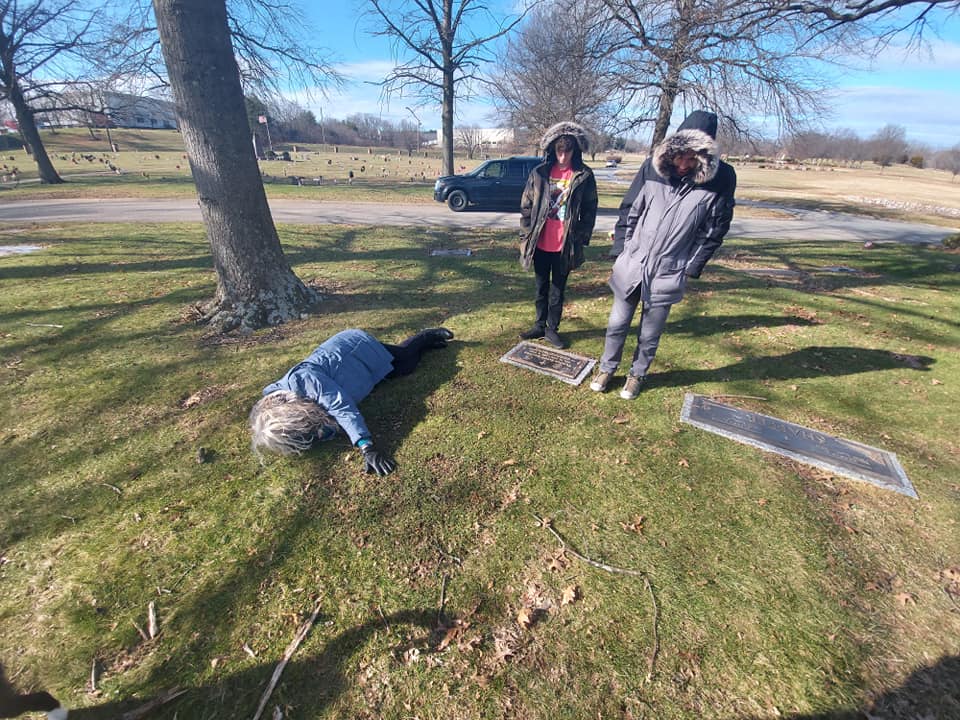 Two years ago today my wife and I buried our 18yo son, our third child, Tristan, who took his life by his own hand. When someone learns about our loss, the most common response we hear is, “I’m so sorry! I can’t imagine what you’re going through!” That’s a correct statement. What else can you say unless you’ve lived the same thing?

The truth is, my wife and I still don’t know what we’re going through. Two years in and it feels like were only scratching the surface. This world of child loss to suicide is like an ugly onion that has layers upon layers that slowly peel away to reveal something new, unexpected and confusing. And with each layer peeled away, the onion doesn’t get smaller, it’s gets bigger.

When you say you can’t imagine what we’re going through, you’re more right than you know.

On our way to a Christian suicide loss retreat, run by a wonderful ministry called While We’re Waiting, we met up with old friends who minister to combat veterans. The husband who works with the vets said he believed, because I found my son, I have PTSD. We had been in suicide loss groups for sixteen months and no one ever suggested PTSD was a thing to look into. I found a Christian trauma counselor, and sure enough, she assessed me at 47 on the PTSD scale, 3 points shy of severe.

As I looked into PTSD, I discovered that many of the things I struggled with that I thought came from grief, were actually a traumatic injury. The onion peeled away another layer. And it got bigger.

A medical researcher who has experience helping holocaust survivors said parents who have lost a child to suicide have the same degree of trauma as a holocaust survivor. Now, I can’t imagine how my trauma compares to a being in a concentration camp, being separated from loved ones, and learning that so many of my friends and family were murdered. I do question that comparison. But I do know one thing. Child loss to suicide is unique.

We know what it is to grieve the loss of a parent. We know the pain of miscarriage. My wife has grieved the loss of three siblings. None of those losses compare to the loss of our son. There is no similarity between the two. I don’t say this to minimize those other kinds of losses. They were loses that we grieved deeply ourselves.

We’ve attended a few grief groups, but they were not helpful to us. Every parent we’ve met who lost a child to suicide says there’s something unique about this type of grief and trauma. The only groups that helped us were suicide loss groups and trauma groups. Perhaps trauma is the distinction. But we’re still learning.

When you say you can’t imagine what we’re going through, you’re more right than you know.

If we ever seem normal, it’s a facade. Normal is a fiction in our lives. Every once in awhile it seems our spirits rumble back to life, but it doesn’t last long. It takes a lot of energy to appear normal. It takes us days to recover from appearing to be normal. And maybe that’s our mistake. Maybe we shouldn’t try to be normal.

If you talk to me and tell me a story that lasts more than a few minutes, I’ve probably checked out. My brain can’t process that much information. The first time we went out to dinner with friends we’ve known a long time, I think I said less than 20 words the whole time. I’ve never been much of a talker to begin with, but this was unusual, even for me. My brain was injured.

I compare it to people who have light sensitivity migraines. They have to curl up in bed with lights off and blinds shut to hope for relief. My brain reacts similarly to aural stimulus. A room full of people talking over each other is not something I handle well. Noise, loud music, a TV droning in the background, people who babble with a lot of energy and broken sentences are hard to take. I drift in and out of business meetings, tuning out as much as I can, with my subconscious scanning for key words that relate to my department. I use to be able to listen to classical musical to give me focus in my creative working, but I can’t even do that anymore. Silence, and the ringing that is now in my ears, is what I work with the best.

So, when you say you can’t imagine what I’m going through, you’re more right than you can possibly imagine. You probably think our overwhelming problem is grief, but you have no idea about the magnitude of injury that occurs in the rest of your body and your being.

I used to be able to work for 16 hours a day. I’d wake up early, write for 2 to 3 hours before work, write again during my lunch hour, and read and do other work until going to bed. Today I have about 6 functional hours in my day. I strategically spread them throughout my day to maximize their usefulness, most of them going to my job. That’s a loss of 10 hours.

I used to have a big, singular goal in my life, and I would often get sidetracked in little side projects that pull me away from pursuing that goal. My wise wife patiently listens to my rational for these pursuits, and then she will tell me, “I know you can do that, and do that well, but is that really what God made you for?” And she’s right. At this point in my life I need to focus on my primary goals, those things that are my strengths, things that use my hard won skills, and avoid pursuits that will be a sidetrack.

When I started working on Sparrow Falls, which is intended to be a ministry outlet for what I’ve been learning in my walk with God post-Tristan, she asked me the same question. “Is this what God made you for?”

I’ve had time to reflect on that question, and the answer is, I don’t know. What I do know is that, when I buried my son, God cut me to the ground. He scraped the wet paint off the canvas of my life and is remaking me. I don’t know what that will look like. Is God making something entirely new, or is he just sharpening who I am?  Thirty years of pursuing my craft and working in my field have defined me, but they don’t hold a candle to how I was redefined when I buried my son.

So, when you say you can’t imagine what I’m going through, you’re in good company, because neither can I, and I have to get out of bed and do it again every day.

There are good things that have come out of this horror. While I still can’t imagine what I’m going through, I could have never imagined how much deeper, how much sharper my relationship with God would be. My perspective on life, death and eternity has a tangibility, and a gravity, that I would never had known, otherwise.

There’s a verse in Ecclesiastes that expresses what I believe we have experienced.

Tristan turned our home into a house of mourning. We’ve lived in that house for two years. We are face to face with the end of all mankind in the most intimate way, even mankind when a young life ends prematurely. Though we live, this end is etched upon our heart, and in that, we are better for it.